TO BEE OR NOT TO BEE, THAT, REALLY, IS THE QUESTION 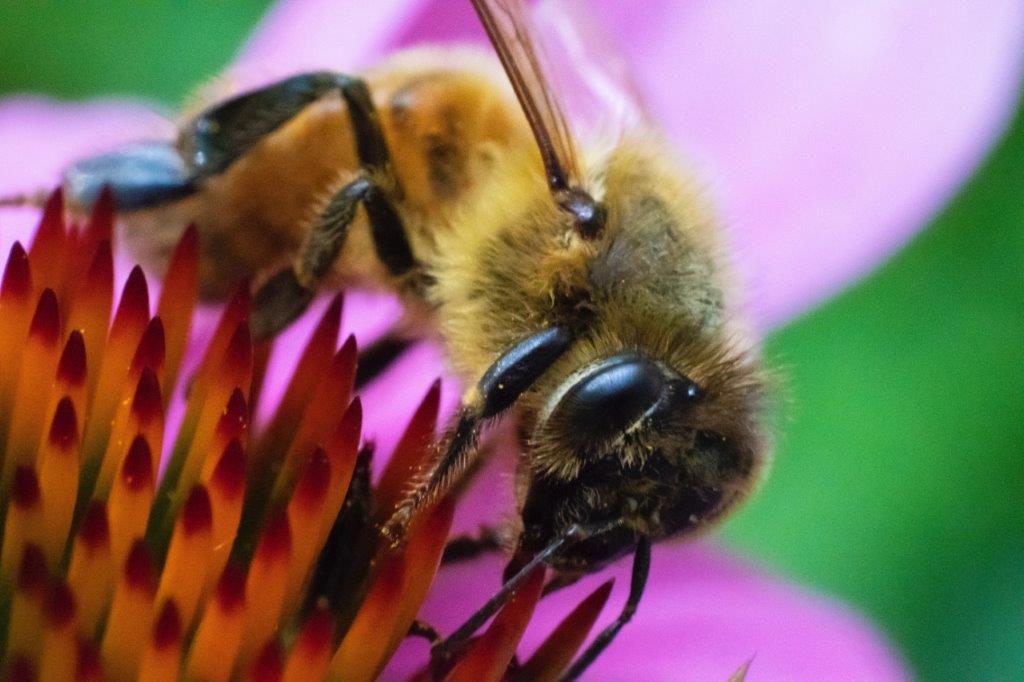 So we have probably heard them all; “All the Buzz about Bees,” “Bee nice to bees,” “Beehave and the bees will bee there,” “Bee aware,” and so it goes on. All very trite I suppose, but at least there is hope for some sort of awareness out there. Me, I take it very seriously indeed – to the point of soapbox evangelism on occasion at worst. I must confess, that since taking up the cudgel with regard to the whole bee drama I catch myself invariably slipping in the subject at every opportunity during idle conversation.

It beggars belief, to my mind, that there are still so many people out there that have not yet caught on to the potential devastation surrounding dwindling bee populations across the globe. It continues to astound me that some folk still see bees as the enemy and destroy hives or kill the first one they see hovering over their soft-drink bottle. Sad. The highlight of my day is to rescue a single bee in distress, whether it be struggling on the surface of water or stuck in the house.

The Importance of being….A Bee

We so often these days, hear about the ‘Plight of the Bees’. Let me first say that this is euphemistic at the very least – we should be talking about the “Plight of the Planet” – because if the bees go, we go. Now you may think I am being a tad neurotic or theatrical here, but let’s think about this.

Bees are undoubtedly the most important pollinators on the planet – even outstripping agents like wind, bird, bats, butterflies, moths, flies and people.

Research has shown that honeybees pollinate sixty percent of the flowering plants in South Arica and that they are the main pollinators of many agricultural food crops to boot.

It is estimated that of 100 crops species that provide 90 percent of the world’s food, 70 are pollinated by bees – yes, this is quite a big number indeed, but wait, what does this mean to us? Well, from a South African perspective alone, this means that honey bees pollinate 50 crop-types worth more than R10 billion each year and their activities help to sustain more than 100, 000 jobs.

So, if we contemplate our collective navel on this simple truth, we can then postulate that, if the bees go, we lose not only direct access to crop foods but the animals that feed off these crop foods will also die out – and many of these animals are food to us as well. The implications just seem to grow exponentially. Having said all this, and despite the critical importance of these beloved insects, bee decline is everywhere and we have seen declining populations of up to 50 percent in the industrialized Northern Hemisphere.

Why Is this Happening?

Well, from my part, I don’t think the root causes are that hard to figure out.

I can immediately think of the obvious ones like habitat destruction, which as we know is not only a threat to bee populations but the global ecology as a whole. Then there is the rapid spread of people, especially urbanization and urban sprawl. And how about the injudicious and widespread use of chemical pesticides. As always, there is the odious practice of vandalism and theft – unrestricted harvesting of the hives – remember that the honey produced by bees is their food for the winter.

As if all this is not enough, bees have also been subjected to attack by a parasite called varroa mite, widely known as the Varroa Destructor (sounds appalling) -an external parasitic mite that attacks and feeds on honey bees and passes on a disease called varroosis. Apparently, the varroa mite can only reproduce in a honey bee colony. This small tick-like mite sucks the blood out of honeybees, and has been considered to be the most serious parasite of honeybees in the 20th century.

Record has it that in 1997 this deadly parasite entered South Africa, possibly sneaking into the country via a harbour in the Cape. Scary stuff!

So, having considered all this, I can only think of the incredible level of trauma that these creatures must undergo – which leads me to the question of stress.

I was thinking of a vicious circle, where a series of events aggravates another series and this aggravates right back again. Here causes and effects simply reciprocate on each other and the aggravation and damage tends to grow exponentially – what a mouthful, but let’s consider a very simple example in the bee calamity.

So it seems clear that temporary stop-gap and band aid fixes are not really the answer to the conundrum A journey of a thousand miles begins with a simple step it is said, so what can we do?

Somehow, we will have to think about a more permanent fix, and, of course, we must start somewhere. I guess the best place is to give the bees back some sort of habitat, make it safe and inviting and minimize bee-related stressors. 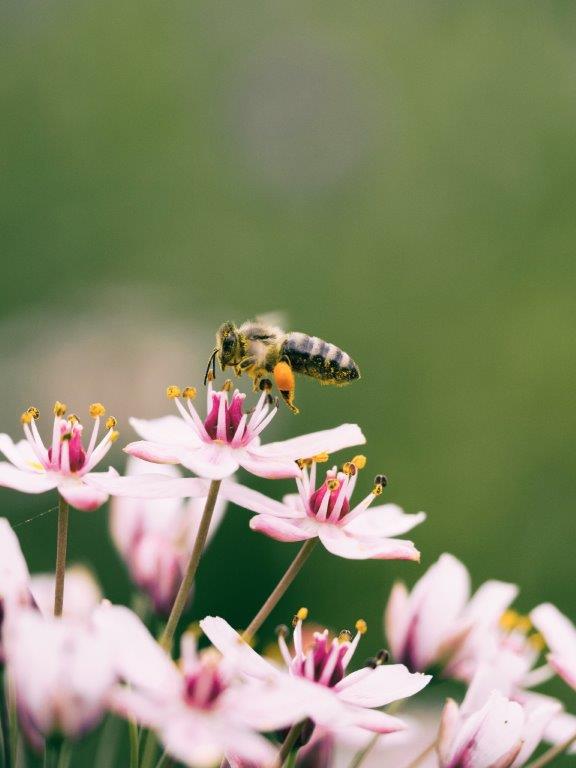 Let’s consciously take those first few steps with some simple things we can do to help these amazing creatures.

We start by planting bee-friendly plants that are nectar rich and resplendent in colours and scents that bees like. Their favourite colours seem to be blue-mauve, orange and yellow, but this is not exclusive. I would lean towards indigenous choices but this is too s not exclusive. First prize is to have all-round flowers so Aloes and Kniphofia seem two obvious choices for the cooler months. Plants to look for would be honeysuckle, daisy-like plants and some of the blue-flowering shrubs like pink mallow, cork bush, cross berry and puzzle bush. I must say though, that from and exotics point of view, I have seen bees go crazy over lavender. Vygies are a great succulent option and Clivias for shadier spots are a good choice. Don’t stop here though, go and do some searching and you will uncover a veritable treasure trove of floral delights.

The type of garden which bees are attracted to is typically an overgrown, flowering and fragrant type cottage garden and yet we can include bee-friendly plats in any garden, patio or balcony without being a slave to stereotype.

Add to all of this a few shallow water pans, avoiding chemical pesticides a touch of urban greening and maybe even a small inconspicuous beehive and we have taken not just a small step, but a giant leap of faith.

Finally, I really hope this has reached out in some way and that more of us can move from the aware through the active to the evangelistic.

PHYTOCUSTOS – THE PLANT GUARDIAN (OR PARENT)